Newport Beach is known for its beaches and its large harbor. The Newport Beach boundaries also encompass Balboa Island and Fun Zone, and Corona Del Mar. Modern Newport Beach was opened to commerce in 1870 when Captain Samuel S. Dunnells sailed into the bay  in search of new port facilities. Dunnells developed Newport Landing and it became a lumber terminal in 1873. The McFadden Brothers operated a shipping service out of the area that was in operation during the 1870s and 1880s at McFaddens Wharf, which is now replaced by the Newport Pier. The city was developed around sport and commercial fishing, yachting, and beach activities. Today, the city of Newport Beach has 4,300 boats docked in the 21-square mile harbor and the city has a strong business community, great residential areas, shopping and dining facilities, and an outstanding educational system. The profile for the city of Newport Beach in Orange County, California includes city history and information for residential services, shopping, dining, and points of interest throughout the city. 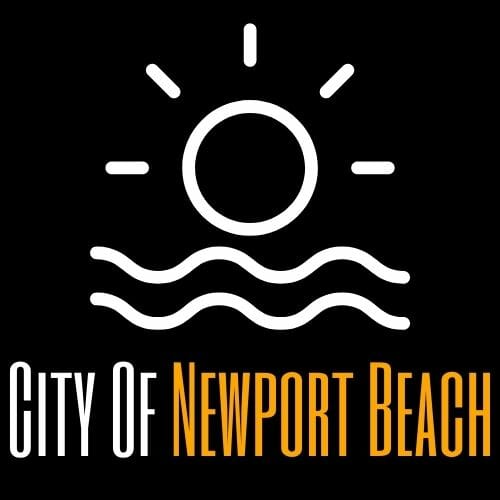 The city of Newport Beach is located in Orange County on the Southern California coast approximately 45 miles south of the city of Los Angeles. The city has 8 miles of sandy beaches for residents and visitors to enjoy, plus a 21-square mile harbor area that is home to an average of 4,300 boats of all types. The access to the beaches and ocean make this a prime destination for fishing, swimming, surfing, and aquatic sports. The Newport Beach Pier was built in 1940 on the same site as the original McFadden’s Wharf and is 1,032 feet long. Like much of coastal southern California, Newport Beach enjoys mild weather year round, with temperatures in the 70s much of the year and an annual average rainfall of 10 inches. The warmest months tend to be August and September.

The City of Newport is made up of a variety of “villages” all with their own character. The Balboa Peninsula village is a waterfront community surrounding many of the historic places that made Newport Beach what it is today and includes Balboa Fun Zone and the historic Balboa Pavilion, the Balboa and Newport piers, and the Wedge, a world famous surf spot known for it’s amazing waves. Other villages in Newport Beach include Lido Marina Village, Balboa Island, Mariner’s Mile, Corona Del Mar, Newport Center/Fashion Island, Newport Coast, and the Islands of Newport Harbor. A distinguishing feature of Newport is the number of small islands – a total of eight – that make up the Newport Harbor community. All of the islands are residential-only areas with the exception of Balboa Island which has a small amount of commercial area. The other islands are Bay Island, Collins Island, Harbor Island, Lido Isle, Linda Isle, Little Balboa Island, and Newport Island.

The Balboa Peninsula, Balboa Island, and the beachfront area near the Newport Pier are lined with shops, art galleries, restaurants, and fun family activities making these areas primary destinations for weekend and summer visitors. Newport Beach brings in up to 100,000 daily visitors during the summer months. Another prime destination in Newport is Fashion Island, a modern open-air shopping center with multiple dining and entertainment options and high-end retailers. The area also includes residential area, office buildings, and hotels.

The city of Newport Beach hosts many annual events including the Annual Lobsterfest at Newport Beach, Newport Beach Film Festival, and the Annual Christmas Boat Parade, where viewers will see yachts, boats, kayaks, and canoes fully decorated with Christmas Lights and décor. There are also many organizations within the community that host events such as outdoor movie nights, summer concerts, farmer’s markets, and more.

Newport Beach is home to Crystal Cove State Park and Corona Del Mar State Beach. Crystal Cove is one of Orange County’s remaining open space and natural seashore areas. The beaches are lined with bluffs and visitors can explore the many tidepool areas on the seashore. Crystal Cove has 18 miles of hiking trails, two campgrounds with multiple camp sites, and an underwater marine protected area with giant kelp forests. It’s not uncommon to see dolphins splashing in the waves. Crystal Cove also has a historic district, with 46 beach front cottages that were built in the 1930s and 1940s near Los Trancos Creek. One of the cottages is well known for being the cottage Bette Midler’s character stayed in during her final days in the movie Beaches. Corona Del Mar State Beach and nearby Little Corona are popular spots for swimming and surfing. Little Corona has an exceptional area for exploring tidepools and the city conducts field trips and educational programs here to support the protection of marine life on the seashore.

The area of Newport Beach began drawing settlers in in the 1800s thanks to plentiful available land. The state of California began selling one-acre plots of land for $1. In 1870, Captain Samuel S. Dunnells steered his ship, the Vaquero, through the lower and upper bays and unloaded its cargo to create a new port for commerce. James Irvine met with Robert and James McFadden about Dunnells port and decided to venture into the area where they too began business there. The McFadden’s operated a shipping service here in the 1870s and 1880s. The shallow waters of the bay and the changing sandbars near the original landing near Castaways Bluff made the area dangerous and led to several deaths. The McFadden’s built a wharf that extended out into the ocean in 1888 allowing the ships to dock and unload without having to navigate the inside waters. They added their own railroad in 1891, so that cargo could easily be transported inland. Most operations were moved to the base of McFadden’s Wharf and became the origins of the old Downtown Newport that people frequent today. On land, much of the area became ranch land and fields of barley, wheat, hay and oats were common crops.

In 1905 Pacific Electric Railway opened a connector to Newport through Long Beach from the city of Los Angeles, leading to increased development of the city and opening the area up to tourists. Early settlements first began filling up the Peninsula, West Newport, Newport Island, Balboa Island, and Lido Isle. New subdivisions began developing in areas of Corona Del Mar and East Newport. Bay Island is the only natural island in Newport Bay. The other islands began as mudflats that came and went with the tides, but developers began dredging the bay and developing the islands to sell plots of land.

The city of Newport incorporated in 1906 with 700 residents, with an estimated 1,000 vacationers staying in Newport during the summer. Commercial shipping also ended in Newport in 1906, and railroad services began to slow, eventually stopping in 1933. The bay was dredged and developers created jetties in the bay, turning the area into a pleasure boat harbor in 1936.

In the summer of 1939, Newport Beach and the surrounding cities were hit by unusual weather. A tropical storm made it’s way to the area, preceded by an overwhelming heatwave that lasted a week and caused 90 deaths. The tropical storm turned into a category 1 hurricane that produced 75 mph winds and dropped over 5 inches of rain in 24 hours. The McFadden Pier was destroyed by the hurricane of 1939. Today, there are five homes on the beachside of Ocean Avenue near Granada along the Peninsula that survived the hurricane.

During the 1920s, the mouth of Trancos Creek at Crystal Cove became a sought out destination as a set for filmmakers who planted the first palm trees. People began using the area for recreational activities and camping. When Pacific Coast Highway opened in 1925, the area became more accessible to increasing amounts of people. They began tent camping, and building cottages for extended stays along the beach in the 1930s and 1940s, becoming one of the most popular getaway destinations in the area. Japanese farmers moved into the area, leasing land from the Irvine Company, where they planted crops along the hillsides, built homes, barns, and communities for themselves.

When Japan bombed Pearl Harbor, the Japanese residents of the area were relocated to internment camps in Arizona and the military converted the Japanese school house and several other buildings into spotting stations and defense areas. After the war, camping and beach use at the cottages increased again, with the 1950s seeing a huge increase of tenants occupying the cottages for the summer, and public restrooms and cafes opened up. The area became overused and overcrowded. The county ended beach use and camping in the area in 1962 because of public health and safety concerns, and the cottages became a community of year round tenants living in the cottages until they were finally abandoned.

Today, Crystal Cove is a protected area and the cottages have been restored and are in use as part of a luxury resort destination. They are well known and still a popular tourist destination for the area. While Newport Beach is still largely a beach town, there has been an increase in commercial and business developments in areas around the city, and gone are the days of barley and wheat fields.

Things to Do in Newport Beach