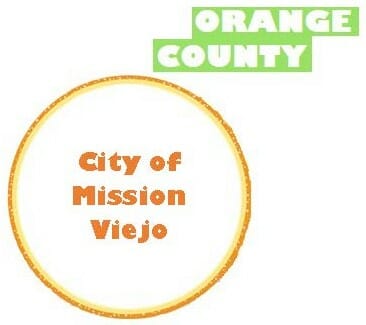 Mission Viejo is a primarily residential community with a moderate population of office parks and local businesses. There are approximately two parks per square mile, offering plenty of green space and nature for residents of the city. The Walk, Hike, Bike MV program presents more than 20 miles of recreational trails through green spaces in Mission Viejo including Arroyo Trabuco Trail, Oso Creek Trail, and Wilderness Glen, offering a fantastic selection of hiking trails for residents to explore and enjoy the outdoors. Lake Mission Viejo lies in the center of the city and is a private recreational facility designated for use by residents of eligible home owners and renters located within the Lake Mission Viejo Association boundaries. Lake Mission Viejo offers a variety of activities for members including special annual events, fishing, boating, and more.

Mission Viejo is one of the largest single-project master planned communities in the United States, drafted by Donald Bren, Chairman of the Irvine Company. The 11,000 acre community was designed with houses placed strategically on the hills and the roads in the valleys, to make the best use of the contours of the hilly land.

While the city is mostly residential, there are a few major businesses in the area offering employment opportunities to community residents including Mission Hospital, Saddleback College, Capistrano Unified School District, and the headquarters for Marie Callender’s Restaurants. There are two major shopping districts in the area including The Shops At Mission Viejo and Kaleidoscope Center.

A post shared by Lake Mission Viejo Association (@lakemissionviejoassociation) on Aug 28, 2018 at 8:50am PDT

Mission Viejo was once part of Rancho Mission Viejo, a 53,000 acre land parcel from the King of Spain. The ranch land was purchased by John Forster, and then the O’Neill Family. The O’Neills have owned and operated the ranch since 1907. Descendants of the O’Neill family still live on the land and operate the ranch. The hilly landscape made it an unpopular area for farming, so the land was used mostly for grazing sheep and cattle. The O’Neill family decided to sell a portion of their land in 1963 – an 11,000 acre parcel that would go on to become the master planned community of Mission Viejo.

In 1984, Los Angeles hosted the Olympic Games. The Cycling Road Race portion of the Olympic events was held in Mission Viejo, and several members of the Nadadores Swim Team have participated in Olympic Events throughout the years.

Things to Do in Mission Viejo

Book your whale watching trip now! We had a great

Good day for getting out on the trails! . @ocpark

Ruby's on the HB pier will close it's doors tonigh

We've had afternoon low tides all week. Who else h