The city of Huntington Beach in Orange County, California includes city history and information for residential services, shopping, dining, and points of interest throughout the city. Huntington Beach is known as Surf City USA.

Early Huntington Beach was a popular vacation destination for people who set up tents on the beaches, and oil rigs lined the sand and bluffs of the city, pumping oil during the 1920s. Originally known as Shell Beach and then Pacific City, Huntington Beach finalized its name when it incorporated in 1909 and Henry Huntington headed his real estate development company, the Huntington Beach Company, becoming the original developer of the city.

Today, Huntington Beach is a bustling beach side community known around the world for the surfing and beach culture that exists here. It remains a summer vacation destination and major events are held on the city and state beaches throughout the year. 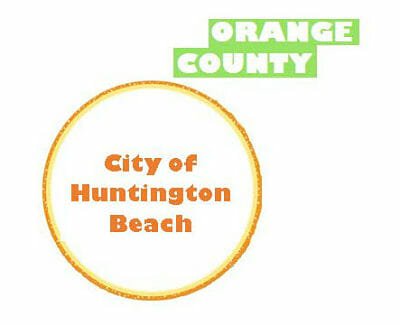 Over time, the city has transitioned from agricultural land used for horse and cattle ranchers, and crops of beans, celery, asparagus, and sugar beets, to a city donning massive amounts of oil derricks to source the natural resource found in the city. Today, the city is a busy beach side community with tourism and technology leading the economy. The city is home to over 650 industrial companies including Quicksilver, Cambro Manufacturing, and C & D Aerospace. Large resort-style hotels line Pacific Coast Highway near Huntington City and State Beaches, creating a wealth of jobs to accommodate the tourism industry in the city, which receives more than 11 million visitors every year. The Hyatt Regency Resort & Spa is one of the largest employers in the city.

Huntington Beach is host to many major events annually including the U.S. Open of Surfing, major volleyball tournaments, The Taste of Huntington Beach, marathons and triathlons, concerts on the beach, a Civil War reenactment, Oktoberfest, the Cruise of Lights, and much more. In addition to surfing and events, Huntington Beach offers a variety of shopping alternatives including the beachfront open air center, Pacific City, as well as Bella Terra, 5th & PCH, 5 Points Plaza, and Seacliff Village.

The Downtown District along Main Street is constantly buzzing. Surf City Nights occurs every Tuesday from 5 – 9 p.m. The weekly farmers market and street fair draws residents into the street for an evening of live entertainment, family activities, and browsing the booths of vendors and merchants. Every Friday and on select weekends, the HB Art Afaire sets up at Pier Plaza and artists and vendors showcase their handmade goods. For many Huntington Beach residents and visitors, Main Street is the place to be for nightlife with the many bars and restaurants that line the street. The old standard nighttime spots include Perqs, Hurricanes, Legends, and Longboard Restaurant & Pub.

For outdoor enthusiasts, the beaches are perfect for more than just surfing. Kite surfing, fishing, and stand-up paddle boarding are just a few things that are possible on the water, and volleyball courts are available on the sand. Paved paths parallel the shoreline for walking, jogging, and biking. Bolsa Chica Wetlands and Ecological Reserve offers a protected area for migratory and native bird species and is the perfect place for bird watchers, photographers, and nature lovers to come out and enjoy a walk and fresh air. Keep an eye out for the coyotes that make a home there. Explore even more nature with the kids at Shipley Nature Center, located in Central Park. Visitors will enjoy a walk around Blackbird Pond, a small grove of redwood trees, native flowers, and a butterfly garden. Inside the interpretive center, visitors will find informational signboards about the history and wildlife of the area, as well as activities for the little ones to enjoy including puppets, puzzles, coloring pages, plastic bugs and animals, and animal pelts to feel. Ask the rangers for the scavenger hunt before taking a walk and kids can check off all the plants and animals they see on their adventure.

Is Huntington Beach in Orange County?

What is Huntington Beach known for?

In the early days, the land of Huntington Beach was owned by The Stearns Rancho Company who ran cattle and horses and raised barley crops here. Col. Robert Northam bought a portion of the property in the early 180os and the area was known as Shell Beach. PA Stanton purchased 40 acres of land in 1901, 20 acres on each side of Main Street, with the intent to turn the area into the Atlantic City of the West Coast and the name of the town was changed to Pacific City. The city was originally developed by The Huntington Beach Company, owned by Henry Huntington, the man who also brought the Pacific Electric Red Cars to the city in 1904. In 1909 the city was incorporated and assigned the new name, Huntington Beach under the first Mayor, Ed Manning. The Huntington Company still owns a large portion of the land in Huntington Beach today.

The oil boom of the 1920s in Huntington Beach led to significant growth. In less than one month the population changed from 1,500 to 5,000 people. The final oil strike was in 1953, and shortly after, the oil derricks were cleared out by the fire department to make room for the increasing population. Development was occurring quickly and in the 1960s and 70s, Huntington Beach became the fastest growing city in the United States.

Duke Kahanamoku came to Huntington Beach in 1925, bringing the sport of surfing with him. Soon the sport took over the beaches of Huntington and Southern California. Gordie’s Surf Boards was the city’s first surf shop, opened in 1953. Huntington Beach hosted the first US Surfing Championships in 1959, and the event was televised in 1960, bringing international fame to Huntington Beach as a paradise for surfers and beach lovers everywhere. Today, the surf culture continues to thrive as the city was adopted by the USA Surf Team as its official home in 2005, and the Association of Surfing Professionals-North America moved in.

When Donald Douglas, Jr. purchased bean fields, he turned the land into Douglas Aircraft Space Systems Center and produced the upper stage of the Saturn V rocket, for the  successful mission to the moon with the Apollo astronauts.  Douglas Aircraft was later changed to McDonnell Douglas, until Boeing purchased the firms in the 1990’s. Boeing is still one of the largest employers in Huntington Beach today.

Things to Do in Huntington Beach