Seal Beach is the northern gateway city to Orange County, nestled between Long Beach and Huntington Beach. Originally known as Bay City and a tourist destination, Seal Beach was incorporated in October 1915. The city has been through many changes over the years, and today it has a quaint, village by the sea ambiance. Seal Beach has the second longest wooden pier in the state of California, and is home to the Seal Beach Naval Weapons Station. The profile of the city of Seal Beach in Orange County, California includes city history and information for residential services, shopping, dining, and points of interest throughout the city.

The City of Seal Beach is located in the northwest corner of Orange County along the Pacific coast between Long Beach and Huntington Beach. It is approximately 28 miles from Los Angeles. The Old Town area and the pier, located on and around Main Street, serves as the downtown district that offers shopping and dining for residents and visitors. Nearly 1.5 million people visit the city every year. The residential portion of Seal Beach consists of three primary neighborhoods – The Hill, College Park West, and College Park East. Leisure World, a planned community for senior residents, also resides in Seal Beach. The one square mile gated community houses approximately 7,000 – 10,000 residents. The Naval Weapons Station is located in Seal Beach, and employs approximately 150 military personnel and over 500 civilians. 1,000 acres of land is dedicated to the Seal Beach National Wildlife Refuge, providing a home for threatened and endangered species. 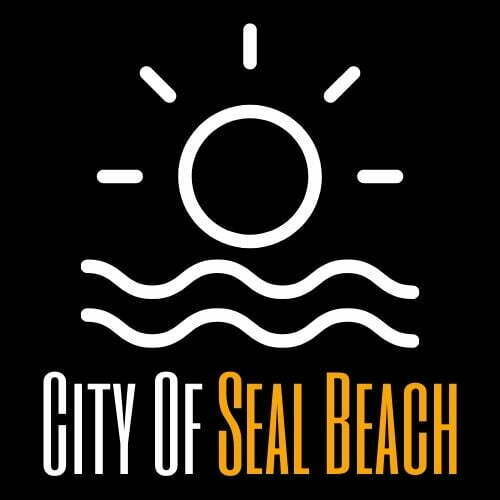 The city of Seal Beach offers 1.5 miles of sandy beach to enjoy, 18 parks, four community centers, one tennis center, one indoor sports facility, and one aquatics facility. The city and local organizations host a variety of events throughout the year including a holiday parade, Christmas tree lighting, a classic car show, a health expo, a summer concert series, movies in the park, Thanksgiving Dinner, and more. The park at the pier draws crowds for events, and kids flock to the playground on the sand. Surfers ride the waves, and in the winter, when the city piles the sand into a giant berm to protect homes from the rising tides, families bring out their winter gear for sledding.

The parks and recreation department offers a variety of classes and sports for people of all ages. Gymnastics, animation, art, skateboarding, and Lego engineering are just a few of the many classes available for kids. Adults can learn CPR, ballroom dancing, Pilates, and more. Swim lessons and open swim are available at the community pool.

Seal Beach has long been a popular place for filming movies. In 1923, The Ten Commandments was filmed here. American Sniper and American Pie were also filmed in Seal Beach, proving that the pier and Old Town has an allure to many, not just the residents who live here.

A bit of history is parked on the greenbelt at Electric Avenue and Main Street next to the Mary Wilson Library. The Pacific Electric Red Car No. 1734 was built in 1925. In its heyday, it was a machine shop, sent out to service problems along the 40-mile LA-to-Newport Line.

Businesses are located all over town for shopping, dining, and services, but the largest concentration of anchor stores is located on Seal Beach Boulevard at the Shops at Rossmoor. Additional shopping and dining are available at the new 2nd & PCH, and at the nearby Marketplace Long Beach and Alamitos Bay areas.

Before the Seal Beach that exists today, there was Anaheim Landing and Bay City. There is a plaque located at the corner of Electric Avenue and Seal Beach Boulevard that reads, “Soon after the founding of the Mother Colony at Anaheim in 1857, the Anaheim Landing Company established Anaheim Landing as a port for the Santa Ana Valley. Despite treacherous entrance conditions that caused several disasters, regular coastwide trade was carried on here for about 15 years.” Anaheim Landing served as a port that brought in supplies to build the city of Anaheim, but as railroads reached the area, the port became less of a necessity. The Landing turned into an area for recreational activities, becoming one of the early seaside resorts of Southern California. It wasn’t always glamorous though.

The Joy Zone was built down by the pier in 1916, as the founder of the city Philip A. Stanton struck out to turn the area into the “Coney Island of the Pacific.” Joy Zone offered a place for visitors to dance, The Jewel City Café was a popular place to eat, and The Derby, a large wooden roller coaster purchased from San Francisco, was erected for thrills. About 20,000 visitors came to town every week, many on the Red Cars of Pacific Electric. Seal Beach was a thriving tourist town. When the Depression hit, businesses began to fail, the Derby burned down, and fewer people spent their time in Seal Beach. The city changed, earning a bad reputation as the wild and crazy seaside city, with gambling, prostitution, and speakeasies becoming commonplace in the 1920s and 1930s. Word has it, there was a shuttle at the end of the pier that took people out to a gambling ship anchored a short boat ride away, and there may have been a canal under the city to bring in liquor. The town fell into disrepair, and the 1933 Long Beach earthquake further damaged or destroyed many of the buildings in the downtown area.

In 1944, during World War II, the Seal Beach Weapons Station was opened as the Naval Ammunition and Net Depot. The primary functions were to store and load ammunition onto war-bound ships of the Pacific Fleet. They also serviced the anti-submarine nets that protected anchorages and fleet bases around the world. Today, the Seal Beach Weapons Station is the Navy’s primary West Coast ordnance storage, loading, and maintenance installation. The facility uses the 850-foot-long wharf to load missiles, torpedoes, countermeasures devices, and conventional ammunition onto cruisers, destroyers, frigates, and medium-sized amphibious assault ships. They also provide maintenance for some weapons systems. Each year, approximately 50 vessels are loaded or unloaded at the Seal Beach Weapons Station, servicing the majority of the U. S. Pacific Fleet. The facility also serves Coast Guard vessels and Marine Corps units.

Today, Seal Beach is an affluent community and downtown is a fun, family destination to shop, stroll, and enjoy the sunshine and the small-town charm that still exists in spite of the constant changes and modernization of the surrounding cities.

Things to Do in Seal Beach