The city of Los Alamitos began as a township on a portion of land purchased from what was Rancho Los Alamitos. The planning phase for the town began in 1896 with the development of acres of sugar beets and the first sugar refinery in Southern California. Today, the city is most well known for the Joint Forces Training Base that occupies a portion of the city. The profile for the city of Los Alamitos in Orange County, California includes city history and information for residential services, shopping, dining, and points of interest throughout the city. 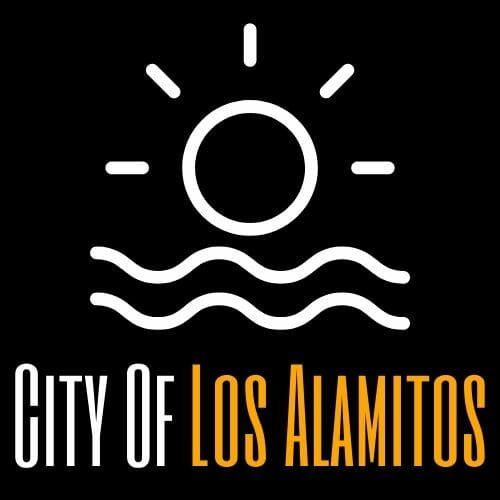 Los Alamitos, the city of Little Cottonwoods, is a relatively small city in Orange County, offering city life with a small town feel. It is often referred to as “A Jewel of a City.” People began settling in Los Alamitos in the 1800s and it became a chartered city in 1960. There are more than 2,000 businesses in Los Alamitos and the city is home to the Los Alamitos Race Course, a venue for live horse racing. Los Alamitos also contains the Joint Forces Training Base, a facility for all branches of military to conduct training for military personnel. The schools in Los Alamitos are some of the top rated in Orange County. The neighborhoods are well kept and friendly, and the city maintains a handful of outstanding parks and recreational facilities. The crossroads of two major freeways provides easy access in and out of the city.

The city of Los Alamitos hosts many fun annual community events. The annual Race on the Base takes place on the Joint Forces Training Base and features a reverse triathlon, a 5K and 10K run, a 10K Wheel/Handcycle race, a Walk to Remember, and a Glow In The Dark Fun Run. The Joint Forces Training Base also hosts the Annual 4th of July Spectacular. Participants can enjoy a day full of fun, games, music, food, and vendors, capped off with a dazzling fireworks show. Winter Wonderland at the Plaza is a festive event held at St. Isidore Plaza. The activities include snow play, Santa’s Village, musical entertainment, snow sledding, and a tree lighting. The city’s event, Serve Los Al, partners with nonprofit groups throughout the community such as the Precious Life Shelter, CASA Youth Shelter, Grateful Hearts, St. Isidore, and We Care. With the help of approximately 300 volunteers, the city organizes a variety of service projects to help people and organizations around the community. The event takes place in June.

There are many stand alone businesses in Los Alamitos and strip mall style shopping areas, however the main destination for shopping and dining is in neighboring Rossmoor. The general address for The Shops at Rossmoor is 12501 Seal Beach Boulevard. There is a variety of shopping here with big anchor stores like Target, Home Goods, Bed, Bath, & Beyond, and Marshall’s. Dining options are plenty and include Island’s, California Pizza Kitchen, and In-n-Out.

The first school in Los Alamitos was built on what is now the corner of Katella and Los Alamitos Boulevard in 1881. Field workers were mostly from Mexico, but there was a large population of immigrants who came to the area for work, and to establish farms and businesses of their own. By the early 1920s, the population was only around 500, but the population was diverse and included people that were Dutch, Mexican, Portuguese, Italian, Belgian, Irish, German, and French.

Ex-senator William Clark established the first sugar refinery in Southern California, The Los Alamitos Sugar Company, using sugar beets from the surrounding fields, but the refinery closed down when burrowing insects called nematodes attacked the crops and destroyed the sugar beets. The refinery was purchased by Dr. Ross in 1921 who used the factory to make dog food out of wild horse meat. The factory suffered from the depression and was heavily damaged by the 1929 earthquake and was eventually torn down.

Currently, the oldest public building in Los Alamitos is St. Isidore, built in 1926, located at 10961 Reagan Street, at the corner of Reagan and Katella. The property that the church is built on was purchased from the Bixby Land Company for $10 in 1922. Reagan was the main street in the early days of Los Alamitos. It resembled the bad reputation of the wild west, with two hotels and Felts General Store on the street. The small town produced an average of two stabbings or shootings every weekend. Los Alamitos Boulevard became a paved road around 1922, and Katella was named after two daughters (Kate and Ella) of a farmer in the area.

After Pearl Harbor in 1941, the US Navy contracted a 1,300 acre tract of land in Los Alamitos and moved their training field here from Terminal Island. Navy and Marine fliers from all over the world were trained at the base and a new wave of settlers came, bringing new enterprises with them. New housing tracts were built, and the population boomed, cementing the city as a great place to live. After the war, the air field operated as a reserve field for the Navy, and today, it is a Joint Forces Training Base for all branches of the military. Los Alamitos became a chartered city on March 1, 1960.

Things to Do in Los Alamitos