The City of Brea was once a place where tar oozed from the hills. Today, Brea is an important retail hub for North Orange County’s residents with the recently renovated Brea Mall, the redeveloped downtown area, the Brea Marketplace, Union Plaza, and trendy dining and entertainment additions like CopperBlues Rock Pub and Kitchen, Pinot’s Palette, Bruxie Chicken & Waffles, ChaCha’s Latin Kitchen, and Red Lantern Escape Rooms. Brea is located in the north-east corner of Orange County and is bordered by La Habra, Fullerton, Placentia, and Yorba Linda. The Brea profile includes city history and information for residential services, shopping, dining, and points of interest throughout the city. 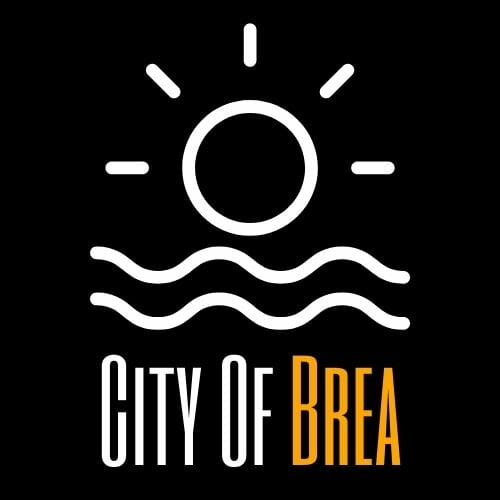 The City of Brea, known as the city of oil, oranges, and opportunity, is located in the northeast section of Orange County, approximately 30 miles from Los Angeles. Brea combines a vibrant city with charming residential neighborhoods to create a model community. Brea has a strong economy with commercial and industrial opportunities including professional corporations, manufacturing, retail, distribution, and service industries. The daytime population increases to over 100,000 thanks to the many employment opportunities in the city. Some of the major employers in Brea include Bank of America, Mercury Insurance, Beckman Coulter, Nature’s Best, Brea Olinda Unified School District, Albertson’s, and American Motor Company. Downtown Brea has undergone a revitalization and is now a popular walkable area for shopping, dining, and entertainment.

Once known for seeping crude oil from the hillsides, the city of Brea now makes efforts to become environmentally balanced by creating a more sustainable community through efforts that include adding solar panels, switching to drought tolerant landscaping, retrofitting older buildings, and educating the community through the Green Life, Green Brea program. In fact, the city has won several awards for their advances in creating a more environmentally-friendly community. The name Brea – which comes from the word for tar or oil in Spanish – is a reminder of the city’s past, as they take on the challenges of today in an attempt to create a community that protects valuable resources.

The schools in the city of Brea consistently rank in the 90th percentile for state and national testing, and several Brea schools have been recognized as Blue Ribbon and Distinguished schools. Brea also sets a cultural example for surrounding communities through their Art In Public Places program which includes more than 150 sculptures placed throughout the city.

Long ago, tar and crude oil seeped to the surface of the hills in Brea and the surrounding area. Early inhabitants used it for waterproofing and as an adhesive. Spanish settlement of the area began in 1769 and native peoples such as the Tongva Indians were forced to relocate. The area became part of the ranchos in the 1820s and Brea was owned by the Stearns Ranchos Company who leased out the land for sheep herding. In 1894, the Union Oil Company kicked off the black gold rush by purchasing 1,200 acres of land in Brea, with other companies to follow. Brea became an oil boom town.

The city of Brea was officially founded in 1911 and incorporated in 1917. The population of the city grew with the oil boom and the connection to the Pacific Electric rail line. Brea occasionally welcomed famous faces to town, like Judy Garland who liked to visit the Red Lantern Theater on Pomona Avenue (now Brea Boulevard), a venue her uncle managed. And in 1924, Babe Ruth and Walter Johnson came to town to play in the Brea Bowl.

As oil production in Brea declined, businesses and housing developments began cropping up in the area. The 57 Freeway, the Brea Mall, and the Brea Civic & Cultural Center helped generate additional interest in the area and Brea soon became the hub for culture, art, shopping, and entertainment as we know it today.

Things to Do in Brea