The city of Buena Park in Orange County, California includes city history and information for residential services, shopping, dining, and points of interest throughout the city. Buena Park was founded by James A. Whitaker, a grocer from Chicago, in 1887. Today, the city is home to America’s first theme park, Knott’s Berry Farm, and many other entertaining attractions. Once part of Rancho Los Coyotes, it was here that the Mexican War (1846-1848) was settled. Come and explore the City of Buena Park. 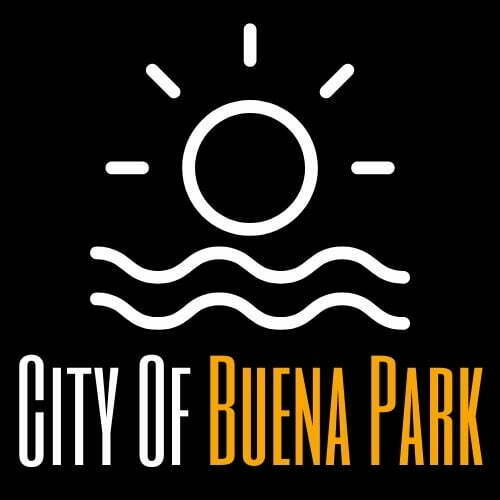 The city of Buena Park is located 21 miles southeast of the city of Los Angeles. Locals call Buena Park the “Center of the Southland” because of the city’s easy access to the 5 and 91 freeways.

Buena Park has a strong economy, thanks to many well known attractions and the presence of a handful of large businesses and automobile dealerships. The Entertainment Corridor in Buena Park is located along Beach Boulevard. The city’s attractions are located in this area including Knott’s Berry Farm, Knott’s Soak City, Medieval Times Dinner and Tournament, and Pirate’s Dinner adventure. There are several hotels with plans for additional lodging and entertainment venues. Large businesses located within Buena Park include Yamaha Music, Leach International, Nutrilite, and Georgia Pacific.

Residents and visitors alike know that one of the best places to eat in Buena Park is Mrs. Knott’s Chicken Dinner Restaurant. When the Knott family moved to Buena Park in 1920, they were farmers. Their berry business began in the 1930s and Mrs. Knott began making jams and pies to make ends meet during the depression.

The Buena Park Downtown Mall is the prime shopping destination for Buena Park residents and visitors. The Mall features a variety of dining, shopping, and entertainment options including a movie theater, Big Air Trampoline Park, John’s Incredible Pizza, and more. Many events are offered at the Mall including a summer concert series, craft festivals, and blood drives. Check the calendar to see what’s happening.

The annual Silverado Days Festival attracts more than 60,000 people every October over a three-day period at William Peak Park. The festival celebrates the city and offers food, arts and crafts, entertainment, a car show, hog calling, and carnival rides. A fun way to celebrate the City of Buena Park.

Buena Park is settled in the center of what used to be Rancho Los Coyotes, a 48,806 acre area that was owned by Manuel Nieto. In 1847, Commodore Robert Stockton set up an encampment with a group of Americans to prepare for the Battle of the San Gabriel River. The Americans won, and the Mexican War was settled here near the Los Coyotes Country Club in the Bellehurst area.

In 1885, James Whitaker purchased 690 acres of land with the intent to start a cattle ranch. Santa Fe Railway officials convinced him to establish a new town instead. Whitaker filed papers for his new township in 1887 to create Buena Park (the city was incorporated in 1953). The first industry in the city was the Lily Creamery, opened in 1889, with dairy becoming the primary industry for the area. A few wineries were also established. Santa Fe and Southern Pacific Railroads both built depots in Buena Park. Today, the primary industry of the city is entertainment.

Things to Do in Buena Park