The city of Laguna Beach in Orange County, California includes city history and information for residential services, shopping, dining, and points of interest throughout the city. The City of Laguna Beach is a small beach community in Orange County. It is separate from the similarly named cities of Laguna Hills, Laguna Niguel, and Laguna Woods. Laguna Beach has a residential population of approximately 23,000 people, but the city receives about six million visitors annually. Laguna Beach is host to several major annual events including the Sawdust Festival, Pageant of the Masters, and the Festival of the Arts. 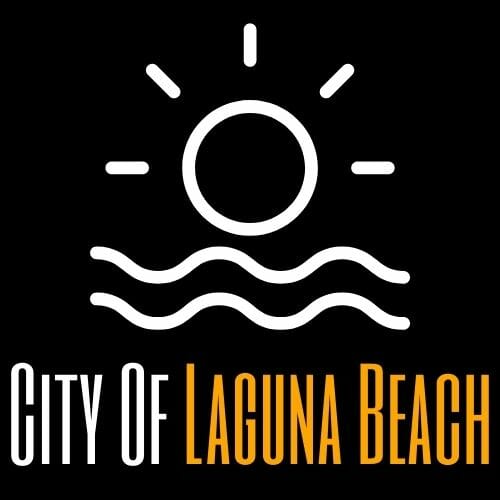 The City of Laguna Beach is located in Orange County approximately 50 miles south of the city of Los Angeles, California. The city is known worldwide thanks to the 2004 reality shows Laguna Beach: The Real Orange County and The Real Housewives of Orange County. Laguna Beach is a small community with an emphasis on the arts. In 1932, two of the city’s most popular annual events were born – the Festival of Arts and the Pageant of the Masters. The Festival of Arts displays original works of art by artists that are selected to participate in the event. The Pageant of the Masters is a re-creation “of classical and contemporary works of art, with real people posing to look exactly like their counterparts in the original pieces.” The Pageant takes place in an outdoor amphitheater with a professional orchestra and includes live narration. Laguna Beach is a host to many other art and culture events all year long including First Thursdays Art Walk and Laguna Beach Live.

Laguna Beach’s downtown beach side community attracts millions of out-of-towners throughout the year, and during summer months, throngs of pedestrians crowd the sidewalks and sandy beaches as cars attempt to navigate the narrow streets in search of a parking spot. Visitors browse the art galleries and unique stores and boutiques of the city, and pack the patios of the many award winning restaurants, soaking in the sea breeze and ocean views.

A short drive inland, Laguna Beach is home to 7,000 acres of natural open space that have been preserved for hiking, mountain biking, and equestrian use. There are multiple trail heads and staging areas along Laguna Canyon Road (SR CA-133) where outdoor enthusiasts can embark on an adventure with more than 40 miles of trails to explore. Many of the trails in the Laguna Coast Wilderness cross into neighboring Crystal Cove State Park to the north and Aliso and Wood Canyons Wilderness Park to the southeast. For beginners or families with young children, head to the Nix Nature Center for hands-on interactive exhibits and short self-guided nature hikes perfect for little ones, or cross under the 133 for an out-and-back hike to Barbara’s Lake, one of the only naturally occurring lakes in Orange County. More advanced hikers and mountain bikers looking for lengthy trails with multiple connections can park at Big Bend, Dilley, or Willow Staging Areas.

In addition to protecting the wilderness, Laguna Beach also does it’s part to protect and care for local marine animals. The Pacific Marine Mammal Care Center rescues and rehabilitates sick and injured marine mammals in their facility on Laguna Canyon Road. The center is open to the public and provides educational programming for schools, scouts, and the community. They often host events to raise awareness and raise funds for operating the facility. Please consider making a donation when you visit.

With Laguna Beach being a relatively small city, the major employers here are the shopping and dining companies, the hotels and resorts, and the city itself. Larger business complexes and industrial centers are found in neighboring cities.

Laguna Beach was one of the few areas in Southern California that wasn’t part of the Mexican or Spanish Land Grants, nor were there ranchos developed here like in nearby San Juan Capistrano. Modern settlers began trickling into the area after Abraham Lincoln passed the Homestead Act, with the first two known settlers being George Thurston, Sr. along with his family, and Frederick Sievert, both coming to the area in the 1870s. In the 1880s, a shipwreck off the coast left a few survivors and one Portuguese man, Joe Lucas, made his way to Laguna Beach and settled in. He was a quirky, bearded man who spoke broken english, but he dedicated years of his life to welcoming people to the area as they came and went on the stagecoaches from El Toro and Santa Ana. He carried a trident fishing spear with him that he used to catch fish for himself and many people likened him to King Neptune. Joe brought smiles to the faces of many people in Laguna Beach until he passed away in 1908.

Homes began going up in the 1880s and three of the oldest homes still stand today. The home at 154 Pearl Street was built in 1883, 411 Arroyo Chico was built in 1884, and the Cope House at 412 Glenneyre Street was built in 1897. The city gained access to the El Toro railroad when a stagecoach line was connected to the area in 1888. Visitors from inland areas began coming to Laguna Beach in the 1890s to escape the heat, and at one point in the early 1900s there was a tent city along the coast at Broadway and Pacific Coast Highway to provide shelter for seasonal visitors. The official Pacific Coast Highway opened in 1926 simplifying travel to and from the the area, and in 1927, the city of Laguna Beach was incorporated. Laguna Beach was a popular a tourist destination even early on, and several historic hotels were built. The popular La Casa Del Camino hotel opened in 1929, and a new Hotel Laguna opened in 1930.

The Art Colony of Laguna began in 1903 with the arrival of Norman St. Clair and other early artists including William Wendt, Frank Cuprien, and Edgar Payne. These and other artists and residents worked to maintain the small town, artistic reputation of Laguna Beach. The Festival of the Arts began as a means to lure visitors to the area from Los Angeles after the 1932 Olympics. The successful event continued and grew, becoming one of the most popular annual events in California. The Pageant of the Masters also originated at this time and in 1967, the city began hosting the Sawdust Festival and Laguna Art-A-Fair.

Things to Do in Laguna Beach