Irvine’s development is attributed mostly to James Irvine I, who acquired 110,000 acres by purchasing his partner’s land rights in the 1860s. For many years, Irvine was mostly devoted to crops and sheep ranching. When James Irvine, Jr. took over, he shifted to mostly field crops, olives, and citrus orchards. When UC Irvine began development in 1959, communities were designed for 50,000 residents surrounding the grounds of the college.

Today, the city of Irvine is a well designed area with master-planned communities, many still in development. More than 21,000 businesses occupy the city and it is estimated that at build out, the city will have a population of over 300,000 residents. Irvine is home to the Orange County Great Park, one of the largest park developments in southern California, which is built on the former Marine Corps Air Station El Toro. The profile of the city of Irvine in Orange County, California includes city history and information for residential services, shopping, dining, and points of interest throughout the city. 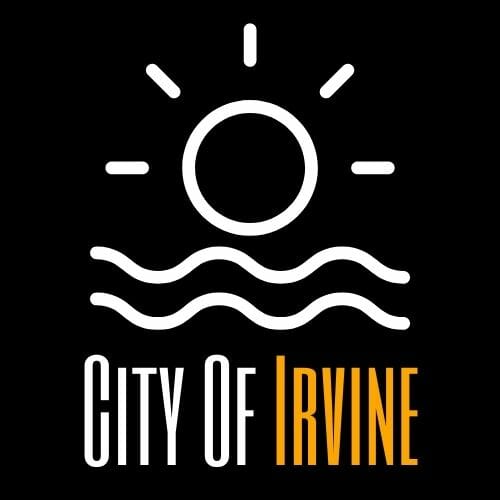 The city of Irvine is located 40 miles south of the city of Los Angeles in Orange County, California. Once filled with acres of citrus orchards, lima beans, and sheep ranches, Irvine is now a bustling city with over 21,000 businesses including major employers like the University of California, Irvine, the Irvine Company, Allergan, Edwards Life Sciences, Verizon Wireless, and Broadcom.

Located just off the 405 freeway, the city of Irvine is a destination for many businesses with thousands of people commuting into the city every day. But Irvine isn’t just a great place to work. There are many long-established communities inside the city that attract new residents, and new communities still in development, that keep residents coming in. Most Irvine communities are master-planned, each having access to a variety of amenities like multiple pools and water parks, clubhouses, and playgrounds that are only accessible by residents. Some of the earliest communities were Turtle Rock, University Park, and Culverdale. Today, the Great Park Neighborhoods are the newest additions to the area.

In addition to being a major hub for business in Orange County, Irvine is a diverse community with a variety of shopping, entertainment, and open space destinations. The Irvine Spectrum, an open air development by the Irvine Company which opened in 1995, has gone through a series of expansions and continues to grow offering a large selection of shopping, dining, and entertainment options. Entertainment for the whole family at the Spectrum includes a carousel, a giant Ferris wheel with 52,000 LED lights that can display 16 million color schemes, a splash pad fountain for kids to cool off on warm days, Dave & Buster’s, Edwards Irvine Spectrum 21 IMAX & RPX Theater, the Irvine Improv for live comedy performances, the interactive motion ride TheRide 7D, and the Luckey Climber, an 18-foot tall three dimensional climbing sculpture designed by kid architect Spencer Luckey. Fill up on your favorite foods at Irvine Spectrum with snack and dining options including Afters Ice Cream, Brio Tuscan Grille, Capital Dim Sum, P.F. Chang’s, the Cheesecake Factory, Kabuki Japanese, Johnny Rocket’s, and so much more. Shoppers will find everything they need from stores like Bose, Barnes & Noble, The Denim Lab, H&M, Lululemon Athletica, and more. The Irvine Spectrum features live entertainment every weekend.

The city of Irvine offers a variety of amenities for public use from sports complexes to aquatic centers. The William Woollett Jr. Aquatics Center is a venue for local, regional and national competitive events. The facility features two 50-meter pools and a 25-yard instruction pool. Additionally, the Northwood Aquatics Center features a 50-meter pool. There are numerous hiking and biking trails in the community, including the Irvine Open Space Preserve with locations like Quail Hill, Bommer Canyon, Shady Canyon, and Orchard Hills. The San Joaquin Marsh & Wildlife Sanctuary offers more than 300 acres of coastal freshwater wetlands with trails for birdwatchers and nature lovers to stroll and observe. The Irvine Ranch Conservancy oversees the protection of approximately 40,000 acres of protected land in Irvine. There are a variety of hiking trails to explore here, some only accessible by the public on docent-led hikes or other arranged activities.

There are 19 community parks and over 40 neighborhood parks in the City of Irvine, many with unique features and structures for kids to play and explore. Adventure Playground has lots of natural open space to play in plus a sensory garden, tree house, giant blocks for building, a water pump station to get muddy in the river, an art wall, slides, and more. This is a great destination for kids to play and it is enclosed with only one entrance that is monitored by park staff so kids can’t wander off without an adult. The Orange County Great Park is one of the largest park developments in the Southern California area. Built on the grounds of the former Marine Corps Air Base El Toro, with over 600 acres of park space that includes sports fields, gardens, playgrounds, a carousel, the Great Park Balloon, and so much more. The Great Park continues to grow, and neighborhoods are being developed around the Great Park with miles of connecting trails so that residents of the community can easily walk or bike to the Great Park and other locations within the community.

Residents of Irvine will enjoy the many parks and pools built into the neighborhoods, providing endless opportunities for family activity. The well-planned communities are safe and clean and homes are spacious. In addition to the great communities, the schools in Irvine consistently rank among the best in the nation, leading Orange County with some of the highest SAT scores, and more than 90% of the high school graduates here go on to attend college. In addition to the outstanding elementary, middle, and high schools, Irvine is also home to University of California, Irvine. Founded in 1965, the high ranking college has over 30,000 students and offers 192 degree programs.

The land in Irvine was originally acquired through land grants from Mexico and included Rancho Santiago de Santa Ana, Rancho San Joaquin and Rancho Lomas de Santiago. In 1868, the Rancho lands were divided among Benjamin and Thomas Flint, Llewellyn Bixby, and James Irvine. The land was primarily used for sheep grazing and farming. In 1878, James Irvine purchased Flint and Bixby’s land for $150,000, giving him a total of 110,000 acres – 23 miles of land stretching from the ocean to the Santa Ana River. James Irvine died in 1886, and James Irvine Jr. took over the land in 1893, incorporating it into the Irvine Company and shifting operations to citrus orchards, olives, and field crops. Agriculture was booming and by 1918, approximately 60,000 acres were dedicated to lima beans.

During World War II, the Irvine Company sold some of the land to the government and two Marine Corps air facilities were built – Marine Corps Air Station Tustin and Marine Corps Air Station El Toro. James Irvine, Jr. died in 1947 and his brother Myford took over operations of the Irvine Company. Myford opened up small sections of the land to urban development until he passed away in 1959. The University of California asked the Irvine Company for 1,000 acres of land in 1959 to build a new campus. They agreed, and sold an additional 500 acres to the University for a total of 1,500 acres. The campus began development with a master plan for a community for 50,000 people around the university campus that included residential space, industrial zones, and recreational areas. The Irvine Business Complex, formerly known as the Irvine Industrial Complex West, opened and by 1970 the villages of Turtle Rock, University Park, Culverdale, the Ranch, and Walnut were completed. In 1971, residents voted to incorporate, and by 2015, the city had grown to 66 square miles with more than 250,000 residents. Irvine still has room to grow, and developments are underway for new neighborhoods, with build out expected some time around 2035.

Things to Do in Irvine