The city of San Juan Capistrano was established in 1776 with the development of Mission San Juan Capistrano, the seventh of the California Missions. Adobe homes were built around the mission as people moved into the area. The city went through many changes, and today it is a modern city with a combination of cityscape and rural, country-like land with horses and agricultural areas. The Mission serves as a historical point of interest that provides educational programming to tell the story of the history of the city. The profile of the city of San Juan Capistrano in Orange County, California includes city history and information for residential services, shopping, dining, and points of interest throughout the city. 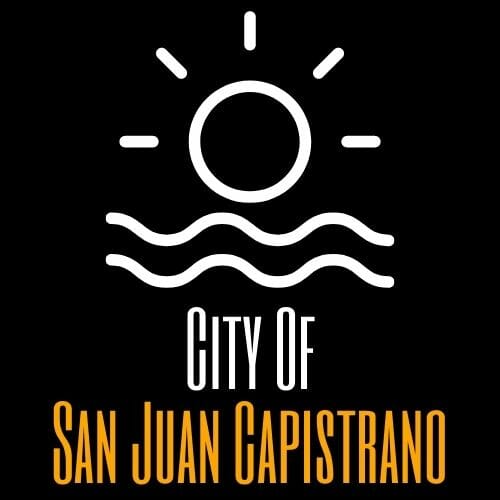 The city of San Juan Capistrano is located 55 miles south of the city of Los Angeles. San Juan Capistrano is home to the seventh Mission of California, known as the Jewel of the Missions. The Mission and the surrounding historic area are the centerpiece of the community and a popular tourist destination, with historic walking tours, restaurants, shopping, and regular community programming scheduled for the area including concerts, parades, farmer’s markets, and other festivals and events. The most popular event in San Juan Capistrano is the annual Swallows Day Parade and Mercado Street Fair. With more than 80 years in the books, the event celebrates the protected cliff swallows who migrate to the area from Goya, Argentina. The parade is the longest running and largest non-motorized parade west of the Mississippi.

The Los Rios District in San Juan Capistrano is the oldest residential neighborhood in the state of California, with three original adobes remaining on the street. In addition to the Los Rios District, there are many residential areas including older areas and new developments. There is a significant portion of the community that is zoned for equestrian property, and there are several equestrian and riding facilities in the area.

San Juan Capistrano is a great city for families that seek a less city-like, living style. Education in the city is serviced by Capistrano Unified School District, which also services some or all of the cities and unincorporated areas of San Clemente, Dana Point,  Laguna Niguel, Aliso Viejo, Mission Viejo and Rancho Santa Margarita, and the communities of Las Flores, Coto de Caza, Dove Canyon, Ladera Ranch, Sendero/Rancho Mission Viejo, and Wagon Wheel. There are over 63 campuses within the 200 square miles of communities serviced by Capistrano Unified School District. They have a graduation rate of 97% and the elementary schools offer new and innovative programming, allowing students to become more immersed in environmental studies, art, science, technology, and other important subjects.

Capistrano Unified School District is the largest employer in South Orange County with more than 3,800 employees. While San Juan Capistrano is not a major hub for large businesses, other major employers in the area include Costco, 24-Hour Fitness, Color Spot Nurseries, and San Juan Hills Golf Club.

For shopping and dining, the downtown area near the Mission is popular, but for everyday basics, groceries, and big-box stores, there are several strip-mall style shopping centers in the area. The biggest place to go for shopping, dining, and entertainment other than downtown is the nearby Shops At Mission Viejo. The Shops at Mission Viejo has over 150 stores and restaurants with something for the whole family and is located conveniently off the I-5 freeway.

The Mission San Juan Capistrano was established in 1776, when Spanish Missionaries came to the area. The great stone church was completed in 1806. Six years later, a devastating earthquake rocked the coast, destroying the great church and killing two young boys. The church was never rebuilt. In 1796, over 1,600 baptisms were performed there and approximately 1,000 Indians were working at the Mission herding, farming, making soap and candles, and doing many other jobs to keep the successful mission running. The Juaneno Indians who were native to the area and worked at the Mission San Juan Capistrano built adobe homes in the area surrounding the Mission to live with their families. That area, known as the Los Rios District, is protected and identified as the first and the oldest residential street and neighborhood in California, having been established in 1794. There are three remaining adobes, and the Rios adobe is said to still be occupied by direct descendants of the original owner. The Rios adobe is the oldest continuously occupied residence in the state.

In 1821, Mexico began the process of secularization of the area and confiscated the Mission and the land in August of 1834, granting it to political appointees instead of to the Indians as previously planned by the founders of the mission. Many of the Juanenos left the area. The Mission was sold by Pio Pico in 1845 to John Forster for $710, an Englishman who owned over 250,000 acres of land over three counties, making him one of the largest land owners in the state. Forster lived on the grounds of the Mission until 1865, when President Lincoln granted the Mission back to the Catholic Church. Forster was married to governor Pio Pico’s sister and helped him by paying off all his gambling debts in exchange for land. Pico granted Forster his ranch land, Santa Margarita y Las Flores, and Forster moved here with his family when they moved out of Mission San Juan Capistrano. They lived at Santa Margarita y Las Flores until Forster’s death in 1882. The Forster family sold the property to the Flood family, who owned it in partnership with the O’Neill family. The Flood and O’Neill families sold the area to the United States Navy in 1940 and is now Camp Pendleton.

In 1848 the United States gained the territory of California and the population of San Juan Capistrano diminished. The town was a stopping point between San Diego and Los Angeles where travelers could reload supplies, and San Juan Capistrano eventually became overrun with cowboys, bandits, squatters, and drifters who brawled in the streets. In 1865, the Mission was given back to the Catholic Church by President Abraham Lincoln. The Mission was in disrepair, and in 1895, members of the Catholic Church and the community began the task of restoring the Mission San Juan Capistrano including Father St. John O’Sullivan, Charles F. Lummis, and Father Quetu. Charles Lummis headed the restoration process for many years as part of the Landmarks Club of Los Angeles, with the goal of preserving the Missions of California. They made many improvements. Father O’Sullivan came to the Mission in 1910, fell in love with it, and continued to improve and preserve the grounds.

During the 1950s, a school was opened on the grounds, and a new gymnasium and parish hall were built. Restoration projects continued, including the completion of the Serra Chapel, which was returned to its original beauty. In the 1980s, a new church was built where the Great Stone Church once stood and retrofitting projects ensured that another earthquake would not lead to the same devastation it had suffered in the past. Today, the Mission is the centerpiece of the community, which is now primarily middle-class families to wealthy business owners. There is a large equestrian population in the area, too. But the Mission is the heart, with community programs, music, workshops, and more, bringing members of the community and visitors from nearby together to enjoy the historic streets of San Juan Capistrano.

Things to Do in San Juan Capistrano