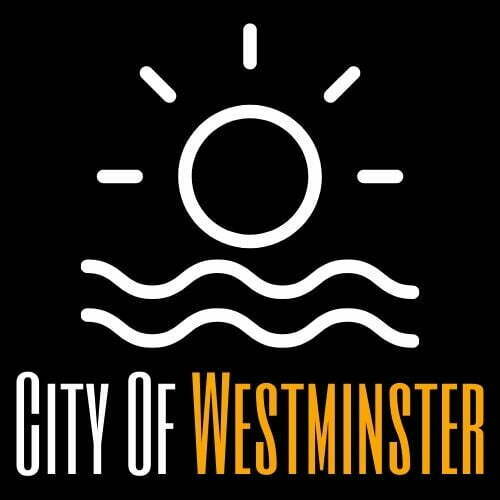 Westminster is primarily residential with a large population of businesses that reflect the diverse demographics of the area including significant populations of Hispanic, Latino, and Vietnamese residents. The Little Saigon area features a large concentration of Vietnamese businesses including the Asian Garden Mall, a Vietnamese-owned, two-story shopping center. Asian Garden Mall offers a variety of stores for shoppers to find jewelry, clothing, gifts, and toys with a selection of dining options from sandwiches to traditional Vietnamese cuisine like pho. The mall hosts several cultural and community events throughout the year such as the Little Saigon Night Market during the summer months. The Westminster Mall is the other shopping destination for the area and serves neighboring Huntington Beach as well. Westminster Mall opened in 1974 and contains anchor stores J.C. Penney, Macy’s, and Target. Sears recently closed and the vacant space now serves as a location for seasonal retailers such as Spirit Halloween Store. The mall is in need of updating, but there are talks of renovations and the addition of John’s Incredible Pizza, a family food and entertainment center that takes up a massive space on the mall’s lower level promise to breathe new life into the shopping center.

There are a few industrial areas and office parks in Westminster, but most residents will travel out of the city for work. Westminster does not have a significant number of major corporations, and the largest employers in the city are the Westminster School District, Wal Mart, Kindred Hospital, and the City of Westminster.

A portion of the city also contains the Westminster Memorial Park. The park is approximately 150 acres and is the final resting place of Sublime frontman Bradley Nowell. There is also a Memorial and resting place here for victims of the Tenerife Airport Disaster of 1977 in which two planes collided on the runway of an airport in the Canary Islands, killing 583 people – one of the worst air disasters in history. The Pan Am plane originated from the Los Angeles Airport and several victims were from the area. Nearby at the Westminster Civic Center, a Veterans Memorial stands at Sid Goldstein Freedom Park, honoring those soldiers who fought and fell during the Vietnam War.

The city of Westminster is the second deliberately founded area in Orange County, after Anaheim, and dates back to 1870. The difference between the two is that Westminster was not settled by a single ethnic group and did not focus on a single product economy. Instead, even in it’s early years, Westminster was an area of diversity. The city was founded by Lemuel P. Webber, a Reverend of the Presbyterian faith. When the Santa Fe and Southern Pacific Railroads reached the area, they brought with them immigrants from China, Japan, and Mexico. The area became primarily agricultural, producing some of the best dairy centers, celery fields, and sugar factories in the nation, despite the small population.

The city experienced it’s largest wave of population growth in the 1960s and 70s, more than doubling from 25,000 to 60,000 in the course of a decade. The population boom is attributed in part to the economies created with the opening of Disneyland, the completion of the 405 freeway, and the construction of the Westminster Mall.

Westminster experienced another influx of residents in the 1970s and 80s when a large population of Vietnamese refugees settled in parts of Westminster and Garden Grove, an area that is referred to as Little Saigon. Today, the area is considered the Vietnamese capital of the United States with a population of approximately 36,000 Vietnamese Americans living within a small radius. Visitors to the area will find a large concentration of Southeast Asian businesses that cater to the culturally diverse residents in the city, as well as many Hispanic restaurants and businesses that reflect the Mexican population in Westminster.

One of the most interesting pieces of the city’s history dates back to the Civil Rights Movement and the case Mendez v. Westminster. When 9-year-old Sylvia Mendez was turned away from a Westminster public school for being Mexican, her father took to the system to give her the right to an education. Nearly eight years before the Brown v. Board of Education decision and represented by a young Thurgood Marshall, the Mendez family was able to put an end to discrimination in California public schools against students of Mexican descent. In 1947, two months after the Mendez v. Westminster ruling, Governor Earl Warren signed a bill ending segregation in California’s public schools, making it the first state to officially desegregate. Sylvia was awarded a Presidential Medal of Freedom in 2011.

Things to Do in Westminster