The City of Dana Point is a small beach side community in Orange County bordered by Laguna Beach and San Clemente. Dana Point was incorporated in 1989 and is named after Richard Henry Dana Jr, a lawyer, seaman, and author who described Capistrano Bay as the “most romantic spot in California” in his 1840 sea journal, Two Years Before The Mast. Dana Point is known as one of the most beautiful recreational harbors in the state. The city of Dana Point profile includes city history and information for residential services, shopping, dining, and points of interest throughout the city. 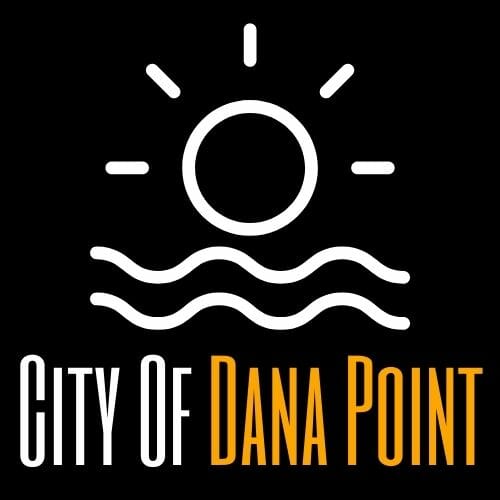 The City of Dana Point is only 6.5 square miles, and is home to a population of approximately 34,000 residents. The city is predominantly residential and the small coastal resort community features roughly 2000 hotel rooms ranging from economy to five star accommodations. Hotels and resorts are among the largest employers within the city.

Dana Point is located on the Orange County coast approximately half way between San Diego and Los Angeles. The city is most well-known for it’s exceptional recreational harbor. Dana Point Harbor provides slips and moorings for 2,500 boats including personal vessels and several charter boat companies that offer offshore fishing excursions, harbor cruises, and whale watching trips. The harbor offers connections to Catalina Island on board the Catalina Express for those who are looking for an island holiday. Dana Point Harbor also features over 50 restaurants and specialty shops and is a popular destination for tourists and visitors for shopping, dining, and recreation. The city has two development projects in the works, the Dana Point Town Center/Lantern District and Doheny Village.

Whale watching tours are popular in Dana Point, as the area is know as the “Whale Capital of the West.” Several whale species travel through the Dana Point area every year as they migrate, so lucky boaters are often surprised with sightings of blue whales, gray whales, and humpback whales as they travel up and down the rocky cost. Spectators may also catch a glimpse of dolphins, seals, sea lions, killer whales, sharks, and other exciting marine life.

Located in Dana Point Harbor is the Ocean Institute, a state of the art center dedicated to teaching visitors about marine science, maritime history and outdoor education. The Ocean Institute also features the annual Tall Ships Festival – a three day festival featuring a fleet of tall ships and their crew, where history comes alive through exciting family friendly activities, ship tours, canon battles, and adventures with pirates and mermaids. Dana Point is also host to several other annual events including the Festival of Whales every March, and the Doheny Surf and Art Festival at Doheny State Beach. Doheny State Beach is a protected marine area in Dana Point that is popular for surfing, beach activities, and camping.

Dana Point is named after Richard Henry Dana Jr., a seaman and author who traveled to the area aboard The Pilgrim, a merchant ship from Boston in 1934. The Pilgrim was destroyed in a fire at sea in 1856, but a replica of the ship was on display at the Ocean Institute in Dana Point and used as a floating classroom for educational programming to teach students and the community about maritime history until it capsized in 2020. The Dana Point Harbor itself, was built in the 1960s.

Dana Point was once used as a port for the hide trade and ships trading with the Mission San Juan Capistrano until the 1840s. It wasn’t until 1926 that real estate developers moved into the area and began constructing homes. These original homes are located in what is now known as Lantern Village. In 1928, additional developments were underway spearheaded by Edward Doheny, Ned Doheny, and their colleagues. The developments were eventually sold to private parties and Edward Doheny’s company gifted 41 acres of land to the State of California as a memorial for his son Ned, who was mysteriously killed in 1929 before he had a chance to testify in his father’s trial.

Dana Point has deep roots in surf culture, with many of the pioneering surfers in the area paving the way for surf style. Hobie Alter opened the first surf shop in 1954 in Dana Point, offering  hand-carved surfboards to locals and paving the way for surf shops all over the coast. Two popular surfing publications, the Surfer’s Journal and Surfer Magazine were originally headquartered in Dana Point, and legendary filmmaker Bruce Brown produced the iconic surf film Endless Summer in Dana Point.

Things to Do in Dana Point