The City of Costa Mesa is a suburban city in Orange County with an abundance of retail, art, and business. Costa Mesa is the home of the OC Fair and Event Center which hosts the famous Orange County Fair every summer plus multiple events throughout the year. Costa Mesa features one of the largest shopping centers in the nation, South Coast Plaza, and claims to be the world capitol of the action sports industry with headquarters for several major surf and skate companies such as Vans, Volcom, Hurley International, RVCA, and Rip Curl within the city limits. Costa Mesa is bordered by Huntington Beach, Newport Beach, Fountain Valley, Santa Ana, and Irvine. The Costa Mesa profile includes city history and information for residential services, shopping, dining, and points of interest throughout the city. 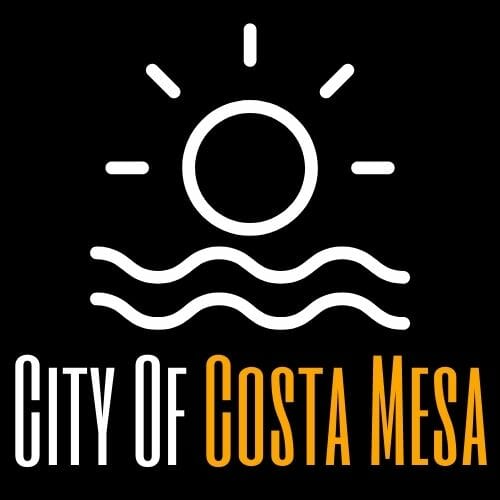 Costa Mesa is located in Orange County, approximately one mile from the coast and 35 miles from Los Angeles. The city is well known for its diversity and offers a variety of opportunities for exploring the arts, shopping, and dining. Overall, the city is a reasonable mix of residential and commercial areas, and residents from both Costa Mesa and surrounding cities take advantage of the full spectrum of amenities offered here.

Costa Mesa is one of the prime shopping destinations in Orange County, with many major retail areas. South Coast Plaza is a large indoor shopping center with over 100 stores, featuring three levels of shopping including luxury brands like Christian Louboutin, Oscar de la Renta, Marché Moderne and CANALI, as well as family-oriented shopping with stores like LEGO, BabyGap, Crate & Barrel, Disney, Gymboree, and Hallmark. South Coast Plaza is no longer the stand-alone shopping destination for the area. Costa Mesa now features multiple major shopping centers including Metro Pointe – an open air shopping, dining, and entertainment destination that is an extension of South Coast Plaza. Triangle Square, the shopping center located on Newport and Harbor Boulevards where the 55 Freeway ends, is currently undergoing a period of rejuvenation and new, lively businesses have opened up shop. SOCO at the OC Mix is a unique shopping destination with an emphasis on interior decorating, trendsetting cuisine and culinary creations, and contemporary fashion. The center hosts design lectures and demonstrations, cooking classes, tastings, and the largest farmers market in Orange County every Saturday. The most unique shopping destinations in the area are The Lab and The CAMP – the Anti-Malls for a new generation – the environmentally friendly, industrial art-infused centers are the place to go for browsing unique boutiques with handmade or organic products, plus vintage styles and modern goodies. There are several new-age cafes and restaurants and plenty of space to relax and chat with friends.

In addition to shopping and entertainment, Costa Mesa, also known as The City of the Arts, has several performing arts centers and events, with the most well known being Segerstrom Center for the Arts. Segerstrom Center hosts a variety of performances throughout the year including popular shows like The Nutcracker and Disney’s Aladdin.

In 2017, officials announced that The Los Angeles Chargers were moving their corporate headquarters to the city of Costa Mesa, and signed a 10-year agreement making the Jack Hammett Sports Complex the football team’s official training and practice facility.

After the Mexican-American War, new American settlers arrived in California. In the 1880s, a group of settlers established the town of Fairview at what is now the intersection of Harbor Boulevard and Adams Avenue, but the railroad that serviced the community was destroyed by floods in 1889. This first community suffered and many relocated. South of Fairview, a community called Harper was growing near the Santa Ana and Newport Railroad that was developed by the Newport Wharf Lumber Company. Harper began to grow and thrive from agricultural production and the town’s name was changed to Costa Mesa in 1920. The Long Beach Earthquake of 1933 caused significant damage to the town, and the railroad branch that ran along what is now Newport Boulevard was abandoned, and in 1938, Costa Mesa and other Orange County communities suffered severe damage from fatal flooding. But many residents remained and rebuilt the growing community.

In 1941, a portion of Costa Mesa was developed into a military training facility. The United States Air Corps Replacement Training Center was re-designated as the Santa Ana Army Air Base, which grew to 1,337 acres located between Newport Boulevard and Harbor Boulevard (where the Civic Center, Orange Coast College, Vanguard University and the Orange County Fairgrounds currently stand). The facility closed in 1945 and was sold to Orange Coast Junior College District. As with many areas in Orange County, the population of Costa Mesa grew significantly after WWII, as soldiers from nearby military bases began settling into the area to start families and find jobs.

The Diego Sepulveda Adobe in Estancia Park is the oldest structure in Costa Mesa, serving as a museum for the history of Costa Mesa and the people of the community. The Adobe was built around 1820 to serve as a shelter for the Spaniards who worked the ranchos in the area, and eventually became the property of Don Diego Sepulveda. The property changed hands several times and was eventually purchased by the Segerstrom Family in 1940 who donated the adobe to the City of Costa Mesa for the purpose of preserving the history of the city.

Things to Do in Costa Mesa