The City of Yorba Linda was founded in 1834. Yorba Linda is known as “The Land of Gracious Living” and has been recognized as one of the best 100 places to live in the United States. Yorba Linda began as an agricultural community, and today is primarily residential with a unique historic district and a few commercial centers. The profile of the city of Yorba Linda in Orange County, California includes city history and information for residential services, shopping, dining, and points of interest throughout the city. 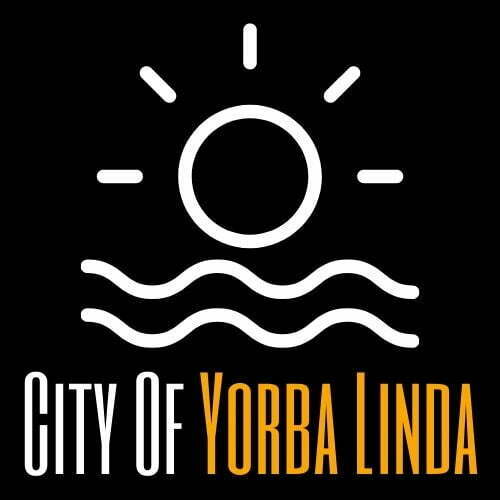 The City of Yorba Linda is located in Orange County approximately 27 miles south of the city of Los Angeles, California. The city of Yorba Linda has been consistently ranked as one of the best small cities in America. The city is primarily residential with a few scattered shopping centers, industrial areas, and office parks. The Main Street Historic District in Yorba Linda is a local favorite destination. The original downtown area is now a quaint shopping and dining location with many small family-owned businesses including the Winery at Main Street and Main Street Restaurant. The downtown Main Street area renovation project began in 2018. The new Yorba Linda Town Center includes 125,000 square feet of retail, grocery, restaurant, and entertainment space. The main business center for the city of Yorba Linda is Savi Ranch. Savi Ranch is an industrial, commercial, and office space center with easy access to area freeways. Locals will find major anchor stores like Costco, Best Buy, Sprout’s, and Dick’s Sporting Goods, as well as a variety of restaurants, hotels, and car dealerships. Savi Ranch is the largest job center in the city and provides approximately 60% of the city’s tax revenue. The city of Yorba Linda has been ranked one of the richest cities in America with residents earning a median income over $120,000 per year.

The area of Yorba Linda was originally occupied by Native Americans. In the 1800s, the land was granted to the Yorba Family by the Mexican governor, Jose Figueroa. After the Mexican-American War, the Yorba Family retained most of the land. Some of the land is still owned by descendants of Samuel Kraemer who acquired the land through his marriage to Angelina Yorba. The Don Bernardo Yorba Ranch House Site is a registered historical landmark and the Yorba Cemetery located nearby is the second oldest private cemetery in the county.

In the early 1900s, the Yorbas sold a portion of the land to Jacob Stern and he turned the area into an agricultural center with barley fields and land for grazing sheep and cattle. Lemon and orange groves were planted and in 1912, the Pacific Electric Railway connected to Yorba Linda, providing citrus transport to and from Los Angeles. The same year, the city gained access to electricity and new developments began being constructed.

President Richard Nixon was born in Yorba Linda in 1913 and his birthplace and surrounding area has been preserved as a Presidential Library and Museum. Population in the city of Yorba Linda has always been slow but consistent, and the biggest population increase occurred in the 1980s when the population grew from 30,000 to 50,000 in the course of about ten years. In 1915, Orange County’s first Boy Scout Troop, Troop 99, was established in Yorba Linda.

Things to Do in Yorba Linda