Halloween games are fun and easy, and most of your favorite party games can be modified to fit the Halloween theme. If you’re looking for a few fun activities to add to your upcoming Halloween party, here are a few ideas to get liven up the night. 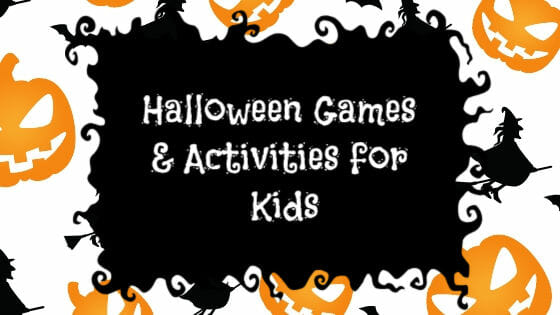 The creepy crawly dig is a fun way for kids to get in the Halloween Spirit and get their hands a little slimy. Fill a bowl with gummy worms and add a bit of coconut or olive oil to make the the gummy worms slippery and slimy. Add a selection of plastic eyeballs, spiders, bugs, bats, and skulls. Give each guest a turn to put on a blindfold and see how many creepy crawlies they can dig out of the slimy worms.

The Witch Hat Ring Toss is an easy game to set up. Get three to five witch hats from your local party store and a set of rings. Give each guest a turn to try to get all their rings on the witch hats. Have kids stand three to five feet away from the witch hats while they throw and adjust the distance based on age and skill, as the games should be fun and not too difficult.

Pumpkin decorating stations are a fun activity at Halloween parties. Cover a table with a plastic table cloth and put out small pumpkins for each guest. Sit out plates of paint, paintbrushes, cups of water to rinse brushes, and paper towels for drying off paintbrushes. Each pumpkin can be set aside to dry before the guests take them home at the end of the party.

The Eyeball Spoon Race is fun and super easy to put together. Put two bowls of eyeballs at one end of the yard, and two plastic pumpkins (like the kind kids use for trick or treating) at the other end of the yard. Put an equal amount of eyeballs, three to five would be fine, and a large wooden spoon in each bowl. Have guests two at a time race to transfer the eyeballs from the bowls to the pumpkins. The guest who gets all the eyeballs into the pumpkin first wins.

A basic set of plastic white bowling pins is usually easy to find at a local party supply store or toy store. Use a sharpie to draw black eyes on the bowling pins to make them look like ghosts. Use a small pumpkin or gourd as the bowling ball and let guests take turns knocking down the ghosts. They’ll have a smashing good time.

Pin the Spider on the Web

Create a web on the wall with Washi tape of string and cut out several black paper spiders. Add tape to the backs of the spiders so they stick to the wall. Give each turn a guest to put on a blindfold and stick the spiders to the web. Give them a spin or two before sending them off to the web with spiders in hand. Spiders that make it to the middle of the web win a piece of candy!

Kids love Nerf guns. Set a variety of different sized pumpkins around the yard and put out a bucket of Nerf guns and darts (and let guests know that they can bring their own, too). Kids can go nuts shooting at the pumpkins. Just be sure to set the pumpkins in areas that are away from where people are gathering to prevent innocent bystanders from getting hit by stray Nerf darts.

Looking for something different to do this weekend

We're so excited to see live music making it back